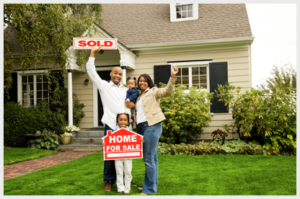 After a harsh winter in most of the country, housing starts jumped 20% nationally in April. The 20% hop itself was the biggest jump since February of 1991. A recent Commerce Department Report shows housing starts landed at 1.14 million annualized rates, up from a 944,000 pace in March, the highest it been in 7 years.

Brunswick County Permitting Office in Bolivia North Carolina reports an even higher increase in home starts, up 25% from last year. This increase does not include new construction permits on the local islands or for municipalities which don’t report to the county. January through April 2015, there have been 491 permits issued for single family homes.

A significant upswing in new construction could help buyers looking for homes in the coming months. As the labor market perks up and mortgage costs move lower, residential construction is back in action, suggesting that the early 2015 national slump was due to chilly winter weather. Even more importantly in the single family home market, these increases indicate a continued healing. Home buyers have been reluctant to buy until there is a clear sign that the economy and more particularly their own future, is more positive. As employment grows, wages increase and as home equity improves, some of those households break out of their concerns and are beginning to shop for a new home.

About the Author: Hamilton Realty Group

We’re ready to help – tell us a little about yourself.

From the Triad to the NC coast, and everywhere in between, we are your trusted real estate source.